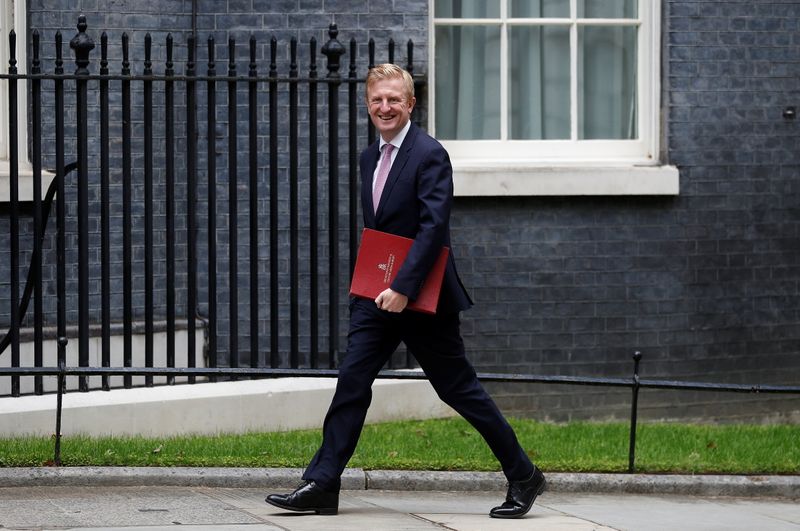 LONDON (Reuters) -Britain said on Thursday it was pursuing data partnerships with countries including the United States, Australia, South Korea and other fast-growing markets to break down barriers and boost trade after Brexit.

Data adequacy partnerships mean organisations would not have to implement costly compliance measures to share personal data internationally when doing business, the digital ministry said in a release.

Britain completed its departure from the European Union’s orbit at the end of 2020, giving the government the powers to strike trade agreements with other nations around the world.

“It means reforming our own data laws so that they’re based on common sense, not box-ticking,” said digital minister Oliver Dowden.

“And it means having the leadership in place at the Information Commissioner’s Office to pursue a new era of data-driven growth and innovation.”

New Zealand Privacy Commissioner John Edwards has also been named as the government’s preferred candidate to be the UK’s next Information Commissioner.