Reaction from the mainstream and technology media has primarily been, “Facebook has been rocked by privacy scandals, and now sees the error of their ways, and is shoring up privacy before regulators do it for them.”

This is a colossal mischaracterization of the situation.

This isn’t a time-specific move forced upon Facebook by market conditions and a skeptical public. This was ALWAYS THE PLAN.

If you want to be the conduit for global communications (which Zuckerberg has admitted is their aim), what are the only two communications modalities that are bigger than Facebook is today?

Taking over the role of SMS and email has been Facebook’s true master plan since the WhatsApp acquisition in 2014, and now that the news feed is waning, they are executing on that strategy, and wrapping it in a convenient veil of “we now love privacy.” Bullshit. They love revenue and the ability to use messaging to learn even more about users, thus giving them the ability to sell more targeted (read: more expensive) ads.

In my book, Hug Your Haters, I wrote in 2015,  “Facebook wants WhatsApp and Facebook Messenger to become the new e-mail.”

And Zuckerberg himself copped to the SMS angle just this week, when he wrote, “We plan to start by making it possible for you to send messages to your contacts using any of our services, and then to extend that interoperability to SMS too. Of course, this would be opt-in and you will be able to keep your accounts separate if you’d like.

There are privacy and security advantages to interoperability. For example, many people use Messenger on Android to send and receive SMS texts. Those texts can’t be end-to-end encrypted because the SMS protocol is not encrypted. With the ability to message across our services, however, you’d be able to send an encrypted message to someone’s phone number in WhatsApp from Messenger.”

Whether we trust Facebook to become the be-all and end-all of communications and commerce is a separate question, but the premise of putting the focus on messaging and apps over public news feed is the right approach, strategically.

Back in 2014, Snapchat founder Evan Spiegel claimed that Generation Z and young people as a whole prefer the “phone book” model of communication, where instead of trying to build an audience, they seek more intimate connections and share with a few “real” friends rather than many “pretend” friends.

He was, and is, correct.

The death of Snapchat at the hands of Instagram and its relentless copying of features has not occurred. It’s true that Instagram is the only growing social network among Americans, per 2019 social media research from Edison. However, use of Snapchat has remained flat overall, and the young core has not abandoned the service.

Facebook’s core philosophy for the past few years has been “make everything public.” Zuckerberg and co. espoused that a public world was a more connected and transparent world. We now know that’s not true, and broadcast-style social networking is easy to distort and abuse. But maybe that wasn’t actually a guiding philosophy, but more so a mid-term strategy to accrue maximum content to sell ads against?

Indeed, the company admitted that the main Facebook app essentially ran out of inventory in 2017, ushering in the era of ads on Instagram and WhatsApp (and price increases for ads across the Facebook ecosystem). And that was BEFORE 15 million Americans stopped using Facebook!

When the cow runs out of milk, you only have two choices. 1. You can buy more cows, but Facebook cannot do that because the only other cow big enough to actually produce meaningful ad revenue is Google, and they aren’t selling any cows. 2. Or, you can shift resources to another animal or crop.

This is just product marketing 101.

What is the next, logical move? Put all your chips on the new thing.

Here are 10 ways this will impact us:

The reduction in news feed views and corresponding revenue has to be overcome somewhere, and that somewhere is in today’s messaging (Instagram, WhatsApp, Messenger) and even more so the blended technology in early 2020.

I expect several rounds of advertiser testing this year, as Facebook works with major companies to road-test the best ways to monetize attention shifting from broadcast to phone book model of social connectivity.

2. Organic Reach Will be Stories and Mostly Video

One byproduct of the phone book model in comparison to the broadcast model is that there really isn’t any free, organic reach available because there aren’t public news feeds. The primary interactions between companies and customers will be messaging, commerce, and service. All of which are the primary dominions of email today.

On the “awareness” front, Facebook has long-signaled its intent to lean hard into ephemeral content (stories) and live video, and the new platform almost assuredly will put those components front-and-center. Look at today’s Instagram and the placement of stories and IGTV as a clue.

3. Email Companies Should Be Wary

Already, WhatsApp is charging businesses to send messages to customers. When the new, combined Facebook messaging app rolls out, it may eventually become the de facto way for people to communicate with one another and with brands (unless Facebook completely botches it, which I don’t anticipate given it’s a program that needs to shore up a business worth half a trillion dollars).

If Facebook can successfully convince companies to communicate to their customers for a per-message fee via this app instead of through an email service provider, the longstanding playbook of using email as the backbone of digital marketing will be obsolete.

If you’re ATT, Verizon, T-Mobile or anyone else in the phone game (especially purveyors of lower-cost rate plans that still charge for SMS bundles), you have to figure that revenue stream is GONE in the next 18 months.

6. WeChat is the Model

From a connections and commerce standpoint, the only company in the world that has at least a partial advantage over Facebook is WeChat. The dominance of WeChat in Asia is extraordinary. The app is so multi-faceted and ingrained in every element of online and real-world life, that it’s perhaps best described as the thing you use to do everything. 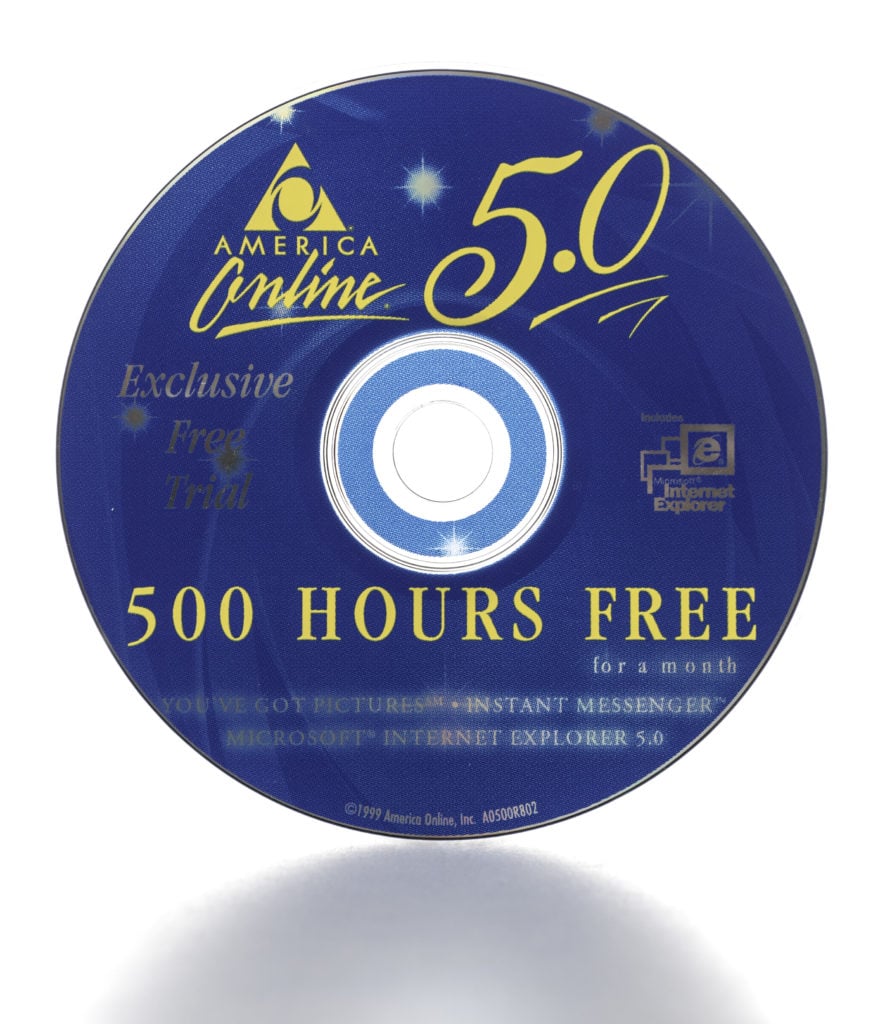 I started in the Internet business before the browser was invented, when American Online, Prodigy, and Compuserve were how you connected to the world online. Each service aimed to be all-encompassing while also a walled garden.

This is WeChat today, times 100. As of January 2019, WeChat claims over one billion DAILY users. It’s so incredibly popular because it somehow weaves together news, entertainment, messaging, commerce, and games into one mobile-only platform that is not impossible to navigate.

THAT is the vision for Facebook’s new messaging machine.

Fun side note: WeChat is part owner of Snapchat.

Where is Facebook the weakest? In Asia. Where is WeChat the strongest? In Asia. If Facebook wants to keep growing, where must that growth come from? At some point, Asia.

Who has the model for what Asians want/expect from a unified app environment? WeChat.

If Facebook wants to be the man for the whole world, they have to beat the man. And in the world’s largest country, the man is WeChat.

One of the reasons this messaging strategy is so vital for Facebook is because they simply must unlock another viable revenue stream beyond advertising. They have tried — and failed — multiple times to get a piece of the commerce pie, and surely understand better than I the existential threat that Amazon poses down the road.

Facebook’s recent announcement of their own currency is the latest signal that they will not yield on their quest to be a major intermediary (at the least) and a giant, global storefront like Amazon (at the most).

WeChat has made itself the conduit for millions of transactions, and Facebook wants to play that game. And if you use their currency, they get paid twice.

Further, it would be shocking if Facebook didn’t build a robust tap-to-pay function into the new mega-app, going head-on after Apple Pay and the other players in the fractured (in the USA) mobile payments fight. Note that WhatsApp already has this functionality.

9. Web-based Social (and maybe Web pages) is Over

An important and under-discussed byproduct of this big move into messaging and stories is that all of these services are mobile-only. I know that Instagram has a website, but it’s only a featureless viewer, like a window with the curtains open.

The idea that we would go en mass to visit whatever dot com to consume or create content for distribution to one or many people will seem hilarious in five years (maybe three). The entirety of social networking will be via app.

And if Facebook has their way, the preeminence of their app(s) will be such that it mostly invalidates the company website too. You know how some businesses have a Facebook page instead of a website? Imagine that is true for all but the largest companies. That’s where we’re headed.

Who does this hurt? Google. As I’ve written about before, Google’s revenue is largely based on a web page-centric view of content and advertising. Facebook’s revenue is largely based (and will be wholly based) on a snippet view of content and advertising. A message. A story. All of this is mineable and can be monetized by Facebook in ways that Google simply cannot today.

Google still lives and dies by the Web, where Facebook will live and die by the app.

As an aside, this diminishment of web pages combined with the rise of voice navigation and voice UX in general is going to totally and completely change the SEO industry. Optimizing for messaging apps and voice is a heck of a lot different assignment than optimizing for page one of Google results.

10. Ads Will Get More Specific and More Creepy

It’s amazing how much crap Facebook gets for allowing companies to mine data to serve up ads, when Google has been doing it longer and from 2004-2017 actually USED THE CONTENT OF YOUR EMAIL to target ads (if you’re a Gmail user).

How does Facebook benefit from a huge, global rise in usage of its combined super-app to send 1:1 messages, and communiques between customers and companies? Tons of hyper-specific information that can be used to add targeting and relevancy to ads and offers, even if they don’t read your messages per se.

If you think remarketing ads are both freaky and annoying now, just wait. Your app will magically serve up just what you think you need, before you even know you needed it.

Facebook already has the best targeting available on any platform (with the possible exception of WeChat) and their superiority in that race will only be extended.

Facebook didn’t have an awakening about privacy. Privacy gave them cover to move forward with what they’ve always planned: to mimic WeChat and become even more indispensable. As long as they don’t completely drop the ball on ad revenue during the shift, this plan will likely work, and we’ll look back at the tumultuous times of Facebook News Feed as the dominant social networking application with a mix of nostalgia and ennui.