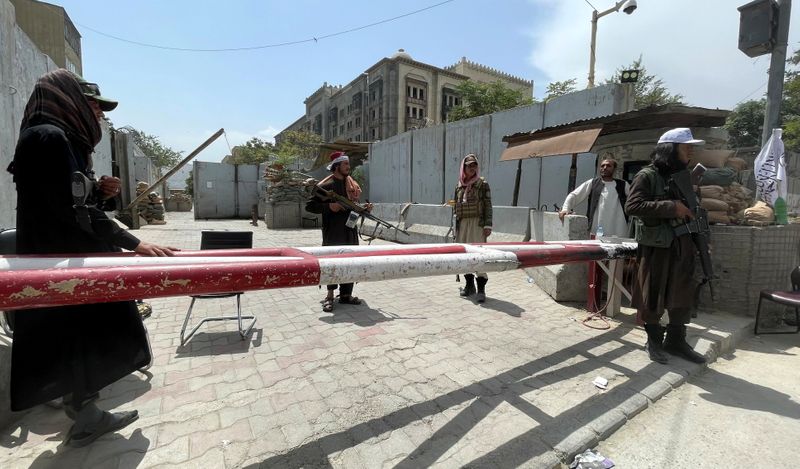 (Reuters) – Afghanistan’s Taliban have appointed senior veterans to the posts of finance minister and defence minister, two members of the group said, as it switches focus from a stunning military conquest to how to run a country in crisis.

The movement’s unexpectedly swift victory has left it struggling to govern, and alongside established Taliban names at the top, it has turned to several lower-level administrators to keep Kabul running.

The Taliban have not formally announced the appointments, which a commander said were provisional, but Afghanistan’s Pajhwok news agency said on Tuesday that Gul Agha had been named as finance minister and Sadr Ibrahim acting interior minister.

A Taliban official in Kabul confirmed the key ministerial appointments made this week, after the Islamist militant group wrested control of all government offices, the presidential palace and parliament.

The official, who has been attached to the group as a senior political strategist, added that provincial governors would be selected from among some of the most experienced commanders from the 20-year war just ended.

A Taliban commander also confirmed the key ministerial choices, but stressed they had not yet been made official.

“Last night we had meetings in the presidential palace, we discussed these things but have not appointed or announced any of them,” said the commander, who declined to be named because the details of the discussions had not yet been made public.

According to some experts, others named to government positions appeared to be mostly military Taliban leaders from the southern provinces of Helmand and Kandahar.

“They are familiar names,” said Ashley Jackson, co-director of the Centre for the Study of Armed Groups at the Overseas Development Institute in Oslo, referring to the appointments.

“They (the Taliban) are not exactly showing a lot of diversity or demonstrating the desire for a civilian government.”

Gul Agha would appear to be Gul Agha Ishakzai. The head of the Taliban’s financial commission, he has been designated as a target of U.N. sanctions.

He was a childhood friend of late Taliban founder Mullah Omar, a U.N./Interpol sanctions notice said.

“At one time, no one was allowed to meet Mullah Omar unless approved by him,” the note said.

Jackson said the appointment made sense, because Gul Agha would be stepping into a parallel role to that which he played when the Taliban was fighting an insurgency, just in government.

Zakir is a veteran Taliban battlefield commander and also a close associate of Omar.

He was captured when U.S.-led forces engaged in Afghanistan in 2001 and was incarcerated at the U.S. military prison at Guantanamo Bay in Cuba until 2007, according to media reports.

He was released and handed over to the Afghan government.

Sadr, the interior ministry appointee, is believed to be a powerful and trusted figure within the Taliban.

A senior Taliban official said Idris, from the northern province of Jawzjan, had long experience working on financial issues with the previous leader of the movement, Mullah Akhtar Mansour, who was killed in a drone strike in 2016.

While appointing loyalists to senior positions, the Taliban have also ordered mid-level officials https://www.reuters.com/article/worldNews/idUSKBN2FP1NY at the finance ministry and central bank to return to work.

Taliban spokesperson Zabihullah Mujahid told reporters in Kabul on Tuesday that it “was time for people to work for their country”.

Gaming When You Should Be Working: The History of the Boss Key

How to Convert a Microsoft Word Document to a PDF